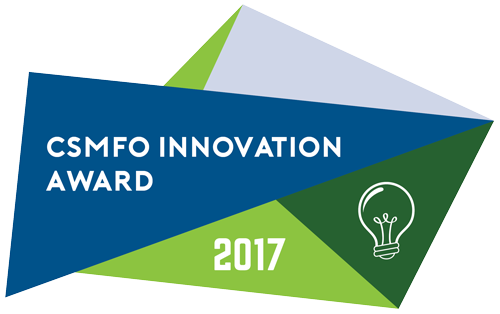 “West Basin appreciates the recognition of the CSMFO Innovation Award and know we are not alone to manage a fast growing capital campaign with no formal procedures in place to record hundreds of assets placed into service, and then dispose them when they are no longer in use.  We successfully leveraged the Operations team efforts to refocus efforts on their CMMS to identify the critical level and condition assessment of each asset.  This level of detail provided the finance staff a roadmap to better identify the useful lives and replacement costs of the individual components, improve financial records and develop a more realistic capital replacement budget. ” – Margaret Moggia, Chief Financial Officer, West Basin Municipal Water District

The District’s change in accounting methodology for recording capital assets created many benefits.  From an accounting perspective, the District’s new methodology has resulted in more accurate financial statements.  When the District’s recycled water facilities were placed in service, the infrastructure was recorded with a 40-year useful life based on industry standards.  Based on actual operating experience, most of the individual components of this infrastructure have experienced a much shorter life.

From a budgeting perspective, the District’s new methodology has provided more accurate data regarding the cost of replacing capital assets.  The District has used this information in the development of its capital budget.  In addition, better understanding of capital replacement costs has also improved the understanding of recycled water costs.  More accurate capital replacement costs have also been incorporated into the calculation of water rates.

The District contributed both financial and human resources in implementing its innovation.  The District spent $250,000 for the system upgrade to separate and record the individual components of its water infrastructure.  In addition, in the implementation year, the District assigned one engineer and one senior accountant for asset assessment and asset management system upgrade projects.  The engineer was dedicated 100% to the project for the implementation year while the senior accountant spent 16 hours per month.

For more information, please contact Wendy Nakamura by phone at (310) 660-6290 or by e-mail at wendyn@westbasin.org.

The City has adopted a pension funding policy that is consistent with many of the core principles espoused by the GFOA Best Practice, “Core Elements of a Pension Funding Policy”.  The model has helped the City to effectively analyze the schedule of amortization bases provided by CalPERS each year and to take action to avoid negative amortization.  The City amortizes all gains or losses over no longer than a 20-year closed period.

The City has used this model to maintain its unfunded pension liability within an acceptable range.  The model was first implemented in 2013.  The City opted to accelerate payment of its unfunded liability by amortizing payments on a fixed declining schedule, rather than the rolling 30-year amortization schedule.  Paying over a fixed and shorter time period helped the City to potentially avoid $113 million of interest expense over 30 years.  Similar actions have been taken in subsequent years as new experience gains and losses are identified by CalPERS.