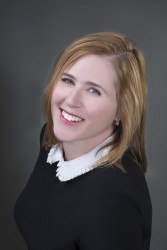 Being active in CSMFO can be a career-changer. CSMFO’s Board Members, leaders and volunteers work hard every day to plan and care for its members. I can personally attest that I have benefited from their thoughtful and hard work from the very first conference that I attended in 1995. CSMFO has provided me with valuable and time-sensitive training, given me opportunities to improve my public speaking skills, and has introduced me to colleagues throughout the state that I have been able to turn to when I need advice and perspective. CSMFO has enriched my career and I want to ensure that CSMFO’s critical mission is supported for all county, city, special district and school district members.

A new generation has entered the workforce; they will be the new leaders of CSMFO. Supporting this generation of upcoming leaders cannot be done the way it was in the past; new leaders learn differently, process differently, and present more creative ideas than we thought possible. I want to be a part of developing these leaders, and I would be honored to serve on the CSMFO Board of Directors to create greater value for our members.